The contemporary American SSA in the light of CEOs remuneration evolution

Professor Robert Boyer argues that the explosion of CEOs remuneration during the 90s and the persistence of unprecedented levels in the 2000s is used as an evidence of the emergence of a finance led SSA or accumulation regime in the terms of régulation theory. Boyer argues that the diffusion of stock-options and financial market related incentives, that were supposed to discipline managers, have entitled them to convert their intrinsic power into remuneration and wealth, both at the micro and macro levels. This is the outcome of a de facto alliance of executives with financiers, who have thus exploited the long run erosion of wage earners’ bargaining power. This de facto institutional compromise has been structuring a new accumulation regime, quite specific to the US. Boyer adds that it is not clear that this regime should or could diffuse all over the world, since it is highly specific to the US economy, even if the diffusion of stock options and financialisation has been quite general, but not so strong, in other OECD countries. Robert BOYER is a senior economist working for Centre National de la Recherche Scientifique (CNRS) at Paris Jourdan Sciences Economique . He is teaching at Ecole des Hautes Etudes en Sciences Sociales (EHESS) and running a Master program « The Economics of Institutions ». His core research deals with the impact of economic institutions upon growth regimes, with a special emphasis on labour institutions and social systems of innovation. He is a contributor to the « régulation theory » that investigates the long run transformation of capitalist economies and stresses the persisting diversity of national forms of capitalism. This video was recorded in the Cairnes Graduate School of Business and Public Policy at the National University of Ireland, Galway during the « Growth and Crisis: Social Structure of Accumulation Theory and Analysis » held in Galway (Ireland) between the 2nd and 4th of November 2006. The academic committee of this conference was composed of Terrence McDonough at NUIG, Michael Reich at the University of California, Berkeley, and David Kotz at the University of Massachusetts, Amherst . Further details are available online on our official blog at http://ssagalway.blogspot.com/.

How do Institutions cohere and change? 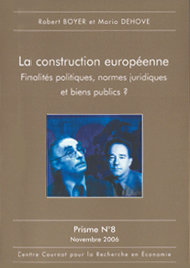 Employment and decent work in the era of ‘flexicurity’

Half a century of development theories: an institutionalist survey 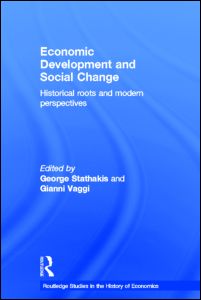 What is the future for codetermination and corporate governance in Germany?